The "Ion Mincu" University of Architecture and Urbanism in Bucharest is the oldest and most important academic institution in this field in Romania. It continues a long tradition of local architectural higher education, the foundation of which is closely linked with the rise of modern Romania and the setting of its new institutional structure and culture, during the second half of the 19th century.

In Romania, the first form of architectural education was legally established in 1864, based on an Act issued by Alexandru Ioan Cuza, Prince of Moldavia and Walachia, as a part of the School of Bridges and Roads, Mines and Architecture. However, due to the lack of funds and students, it was closed down shortly after. The first Romanian architects studied mostly in Paris, at the Ecole des Beaux-Arts (the first DPLG being Ion Mincu in 1883) and their enthusiastic undertaking lead to the true foundation of a school of architecture in Bucharest. Thus, in 1892 the Romanian Society of Architects set up a private school of architecture under its authority. The Education Reform in 1897 transformed the private school into the National School of Architecture (financed by the government) as a part of the School of Fine Arts; in 1904 it became an independent institution named the Higher School of Architecture. In 1931 the School was renamed the Academy of Architecture. The first law concerning architectural education recognized its university level preserving yet the title of Academy; the same law regulated the use of the title of architect and the professional practice. In 1938 the Academy of Architecture was integrated into the Polytechnic School in Bucharest, under the name of the Faculty of Architecture. Additionally, a special program dedicated to the study of urbanism functioned between 1943 and 1948.

Until 2000 the institution functioned under the title of “Ion Mincu” Institute of Architecture. In 2000, by a decision of the Academic Senate, the name was changed to “Ion Mincu” University of Architecture and Urbanism, which is still the current official denomination. This change was closely linked with the broadening of the educational offer after 1990. Thus, two new Faculties were added to the old Faculty of Architecture in the last decades: the Faculty of Urbanism in 1997 and the Faculty of Interior Design in 2003, each of them offering several degree programmes. 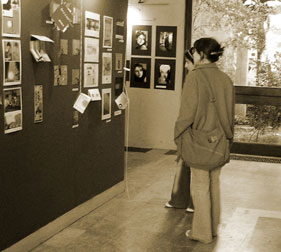