The University of Architecture and Urbanism „Ion Mincu” Bucharest together with Lafarge Romania invites you at the "affordable housing" conference and at the architectural workshop given by Michael Bell.

The two events - part of the international cooperation module entitled studio + will take place as follows:

Architect and Urban Planner, Ph.D. in Urban Studies and Planning (French Institute of Urban Studies), practiced architecture and planning in France up to 1993. Joined UN-Habitat in 1994, working in the area of urban policy analysis. Urban indicators and monitoring specialist in the Urban Indicators Programme (1994-1997) and at the Global Urban Observatory (1998-2005).

Director at Lafarge in charge of the Project Affordable Housing since March 2010. His role is to create a special offer to allow access to decent housing for people who have economic constraints in all the countries in which Lafarge is present. De formatie Inginer Chimist specializat in Chimie Macromoleculara si absolvent al Scolii ESCEPEA din Lyon.

François PERROT – works in the Strategy Department of Lafarge, a global leader in building materials, where he is in charge of developing “Affordable Housing” business programs addressing the needs of low income people in emerging countries. He notably developed housing programs in Indonesia, using a microcredit scheme in partnership with NGOs and microfinance institutions. He holds a Ph.D. in Economic Sciences from the École Polytechnique, a Master in Management (Grande École) from ESSEC Business School and a Master in Sociology from Sciences-Po Paris. 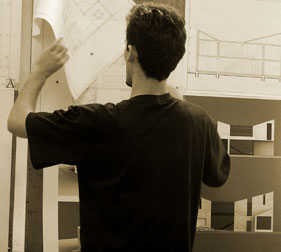