The Exibition doors were open between 23 november to the 10th of january in Prague and at the opening were present representatives of the Cech Government, staf from the Europeean Cultural Centre in Prague, and Romanian Cultural Centre, architects, students and all those interested.

The projects presented were very diverse from urban landscape to theatre projects, from dwellings to offices. It could have been seen in those images how site influences the perception , the emotion, the architect activity, and mabe it’s true this job needs energy, tension, speed and silence too. 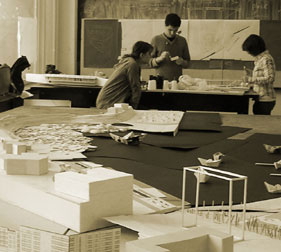