By its activity, the staff in the department pursues the enhancement of the excellence level consecrated by tradition, contributing thus to the maintenance of the Romanian school’s elevated architectural education standards, and to fostering the cultural prestige of UAUIM.

Personalities who, over the years, have earned a certain national and international recognition, work within DITCP. Young members of the department, at the start of their career, already act as professionals apt to cover a wide range of concerns and to impart to students a love of culture much needed in the architectural trade, according to the contemporary outlook.

DITCP collaborates with a wide range of experts acknowledged in various domains: architecture, town planning and other disciplines like history of art, philosophy, sociology, geography, anthropology, history of religions, etc.

The department’s education and research programs often involve prestigious foreign schools, institutions and professional organizations such as the School of High Studies of Chaillot, the School of La Villette, CNRS, CISDU, etc.

Getting students engaged in research projects and studies, awakening their interest for major problems of culture and of the contemporary society, particularly for the architectural phenomenon, represent constant concerns of the department.

Numerous distinctions, awards, publications, and entries in prestigious events express the significant accomplishments of DITCP and of its members nationally and internationally.

Prizes and activities of the Desk for students 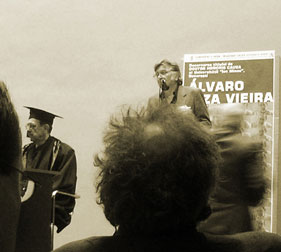