The Architectural Association (Inc), as the Trustee of the Anthony Pott Memorial Fund, offers an Award of £3,000 to assist original studies, or their publication, in Architecture and Design taken in its widest sense.

It is open to architects or students of architecture and related subjects.

1. The Award is intended to enable a specific, clearly identifiable and self-contained project to be carried out and not be part of a larger undertaking for which other funding is required, unless the need for additional financial support is of a minor nature.

2. Candidates have to satisfy the Award Committee that they are totally dedicated to their project, and that the work is technically feasible and within the scope of what one person can complete within one year.

3. Special attention will be given to how rational or systematic applicants are in their approach, and to any significant educational, cultural or social benefit which may result from the study.

4. In the case of candidates wishing to use the Award for research, rather than the publication of completed work, they will have to demonstrate in their application either:

5. The Award could be applied towards a continuing programme of study (but not for the payment of tuition fees) if it is clearly shown that this is likely to break new ground.

6. The successful candidate will be required to produce a piece of written work and may be invited to give a lecture on the subject within a year of receiving the Award.

7. Applications must be restricted to four pages of type-script giving and stating:

ANTHONY POTT was a student at the AA from 1933 to 1938. After five years as senior architect at the Building Research Station, he joined the Ministry of Education in 1949 as principal architect to the newly-formed Development Group and was chief architect at the Ministry from 1956 until his death in 1963. He had a clear, incisive mind, practical and outward-looking. Quick to recognize ability in others, he was equally quick to discern pretentiousness, humbug and woolly thinking, and could expose them mercilessly but without rancour. Not himself a scientist, his manner of thought was essentially scientific, and he applied it in architecture to useful purposes. He stood for architectural honesty, and was a great admirer of Lethaby, whose dictum 'Design . . . should be just the appropriate shaping and finish for the thing required' was central to his attitude towards architecture. He agreed with Lethaby that 'The enemy is not science, but vulgarity, a pretence to beauty at second hand.' He used his constructive talents to guide and support others in these attitudes, and did so from central positions where at that time he rightly judged his efforts could be most effective.

Previous awards have been made for studies on: 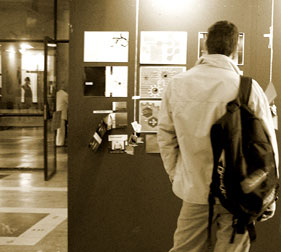